I was impacted by the Computer and Communication Museum in regards to the history of how fast technology has come in such a short time. I never thought a computer that I used in during my schooling would be featured in a museum about historic technology as something that is obsolete. Technology is rapidly changing and we never know what lies ahead. Devices that were featured on The Jetsons were thought to be impossible, but have lead to many inventions that have been made a reality. Technology has lead to so many opportunities, and will lead to many opportunities that will exist in the future. I will complain less about the copier at my school breaking down now that I see what was once used to make copies in education. 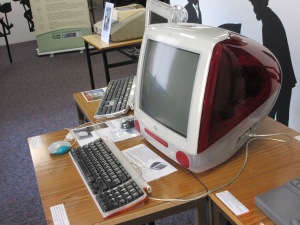 Technology is a work of art and you can see this how this view existed by the signature that are carved in the inside of one of the first apple computers. It is an art when you are involved in a process of designing and creating wonderful things that we never thought were possible. Many of our students are interested in technology and would then be interested in technology as an art in their classrooms. Being able to use technology efficiently in the classroom will keep the students engages and insure that they are getting many valuable lessons out of their education. 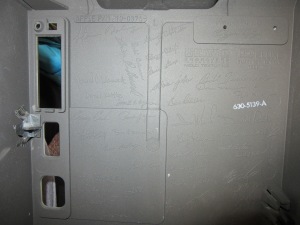 Being able to create art in the classroom using technology is also a great example of how we can teach our students the 21st century skills that they need. Advances in technology are hard to keep up with when there are so many other things going on in life, but our adolescents always seem to know the next hottest gadget. We need to create lessons that appeal to our students the same way apple creates products that appeal to their customers. Just as Brendan Smith is creating an interactive museum, we should create interactive classrooms that inspire and engage.  Allowing students to create, design, and play with new technology is one way to make innovation happen in the classroom. The change in technology has caused for a change in skills that are need. “When innovative people play with things, or concepts, or processes, they may open doors to new ways of thinking via unexpected breakthroughs”  (Mishra, Koehler & Henriksen, 20011, p. 26). Thinking about how this museum could be better designed, I was amazed at some of the new technology at museums. Museum of Science and Technology of Islam in Saudi Arabia, Exploratorium, and Imaginosity as well as many others amazed me. This again proves the point that we do not know where we are going to be in the future or what technology is going to exist when we get there. This is why we need to train our students with 21st century skill. Who knows? One day they could join the list of people who became very successful in their 20’s by developing a major breakthrough in technology. 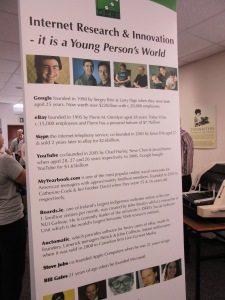